An Elvis Film Special
Back by popular demand

Click Here If Player Does Not Work
2 hours 2 minutes 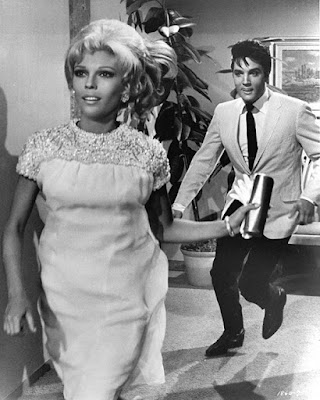 Going back in time

Click Here If Player Does Not Work
1 hour 52 minutes 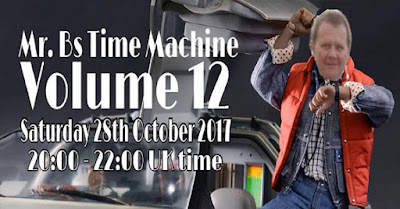 Album Of The Week 18 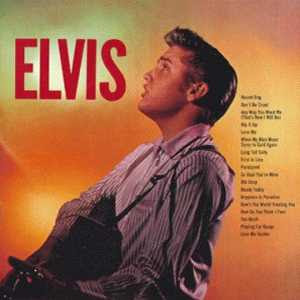 
Elvis / Elvis Presley No. 2 is the second studio album by Elvis, released by RCA Victor in October 1956 in mono.
Recording sessions took place on September 1, September 2, and September 3 at Radio Recorders in Hollywood, with
one track left over from the sessions for Presley's debut album at the RCA Victor recording studios on January 30
in New York. It spent four weeks at #1 on the Billboard Top Pop Albums chart that year, making Presley the
first recording artist to have both albums go straight to number one in the same year. It was certified Gold on
February 17, 1960, and Platinum on August 10, 2011, by the Recording Industry Association of America.

It was originally released in UK in 1957 as Elvis Presley No. 2 with a different front cover
(on His Master's Voice CLP1105). It was also catalogued as Rock 'n' Roll No. 2.

RCA Victor producer Steve Sholes had commissioned two new songs for this batch of sessions, "Paralyzed" from Otis
Blackwell and "Love Me" from Jerry Leiber and Mike Stoller, the authors respectively of both sides of Presley's
summer hit of 1956, "Don't Be Cruel" backed with "Hound Dog," the first record to top all three of the Billboard
singles charts then in existence: pop, R&B, and C&W. Presley decided upon three Little Richard covers, and
selected three new country ballads respectively from regular Everly Brothers writer Boudleaux Bryant and guitarist
Chet Atkins, Sun staff musician and engineer Stan Kesler, and Aaron Schroeder and Ben Weisman. The latter two,
contracted to Hill and Range, the publishing company of Presley's manager, Colonel Tom Parker, would write dozens
of songs for Presley through the 1960s. Also included was the song with which Presley won second prize at a fair
in Tupelo when he was ten years old, Red Foley's 1941 country song, "Old Shep."

With all but one track on the album recorded at a single set of sessions over three days in September, Presley and
his touring band of Scotty Moore, Bill Black, and D.J. Fontana, along with The Jordanaires, managed to recreate the
loose feel from Sun Studio days, mixing rhythm and blues and country and western repertoire items as they had on all
of his Sun singles. They reinforced this effect by including material echoing his very first Sun record: a blues
by Arthur Crudup, author of "That's All Right (Mama);" and a song recorded by bluegrass founder Bill Monroe,
"When My Blue Moon Turns to Gold Again." The sessions were attended by a few outsiders, namely his current girlfriend
at the time, actress Natalie Wood and actor Nick Adams, both of whom had starred in Rebel Without a Cause, Presley's
favorite James Dean film. Steve Sholes was the RCA man at the session, and handled the paper work and such, but
basically Elvis himself chose the songs, led the session, made all the decisions concerning which take would be the
master and so forth. Thus it would be fair to say that for most practical purposes, Elvis himself at this session and
throughout his career would continue to do most of the things that a regular record producer normally would do.

The piano player on this album is not registered in the official RCA archives, except for the song "So Glad You're Mine",
which was cut at a previous session in New York. In a 1984 interview conducted by Jan-Erik Kjeseth, Gordon Stoker of the
Jordanaires stated that he was the piano player on most of the songs on the album. In an article written by Kjeseth for
the Flaming Star magazine, it was argued that the piano player on "Love Me", "Old Shep" and "How's the World Treating You"
was Elvis himself. Ernst Jørgensen, writer of Elvis Presley - A Study in Music, seems to be of the same opinion.
Kjeseth also claims that Elvis played the piano on the single from this session, "Playing for Keeps". Again, Jørgensen
seems to be of the same opinion. Gordon Stoker played the piano on "Rip it Up" and "Anyplace is Paradise". RCA first
reissued the original 12-track album on Compact Disc in 1984. This issue, in reprocessed (fake) stereo sound, was quickly
withdrawn and the disc was reissued in original monophonic.
Reissues
RCA reissued an expanded edition of the album in 1999, and again in 2005. For the 1999 reissue, six bonus tracks were
added that were both sides of three singles, altering the running order. Four of the tracks were chart-toppers:
"Love Me Tender", "Too Much", and the double-sided classic "Hound Dog" and "Don't Be Cruel". Bonus tracks recorded
on July 2 at RCA Studios in New York City, in September at Radio Recorders, and "Love Me Tender" at 20th Century Fox
Stage One during the sessions for Love Me Tender. The 2005 reissue was remastered using DSD technology with the six
bonus tracks appended in standard fashion, in the following order: "Playing for Keeps", "Too Much", "Don't Be Cruel",
"Hound Dog", "Any Way You Want Me (That's How I Will Be)", and "Love Me Tender". This acclaimed latest remaster was
the handiwork of audio restorer Kevan Budd, who also drew praise for his 2005 remasters of Presley's first and third
albums (respectively, Elvis Presley and Loving You) as well as the 2004 upgrade known as Elvis at Sun. These rock-n'roll
tapes are believed to have been among those ignobly dumped into the Delaware River near RCA Victor's Camden, New Jersey
plant in the late 1950s. 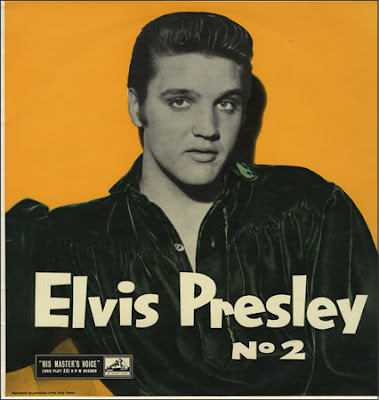 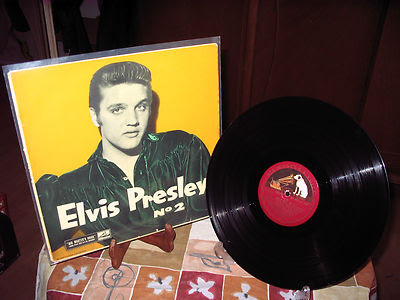 Email ThisBlogThis!Share to TwitterShare to FacebookShare to Pinterest
Labels: Album Of The Week, October

This is the final part of "The Elvis Presley Story".
We here at The Elvis Radio Show UK, hope you have
all enjoyed the series.
Please leave us your thoughts and comments
on this series, by adding a comment below.
Thank you

Click here If Player Does Not Work
1 hour 13 minutes 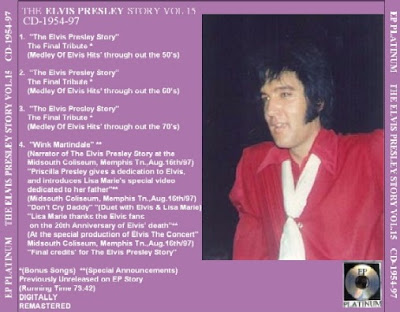 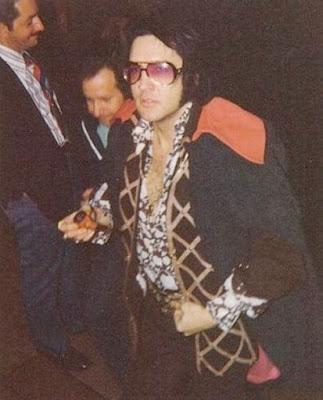 All requests to be from the films only please.

Start requesting now, where-ever you are in the world, anywhere, any time.
Requests by 16:00 on Sunday please.

Email us with your request or dedication...
click here to email 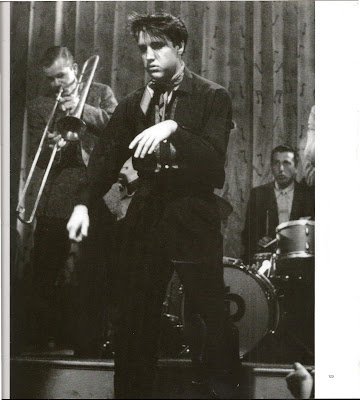 Show 237,
Your requests, your show 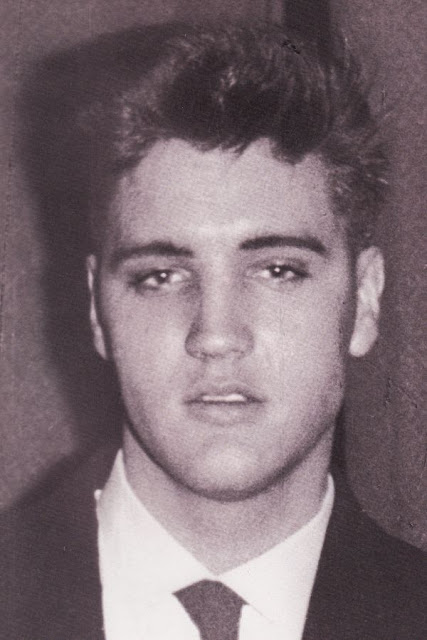 Album Of The Week 17

As with every other album of the week, all we ask you to do, it pull out your vinyl, 8 track cassette, cassette, or CD.
Or even stream it from your favourite streaming site, or even download it, whichever is your preference to listen, just give the album a listen, then give us your thoughts and feedback.
We would love you to actually listen to the album, just to refresh your memory.
Thanks.

Recorded: January and May 1963 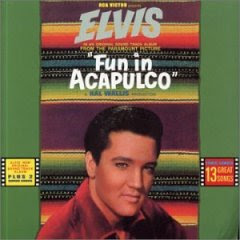 Fun in Acapulco is the nineteenth album by Elvis, released on RCA Victor Records in mono and stereo, LPM/LSP 2756, in November 1963 – the November 1 date is disputed. It is the soundtrack to the 1963 film of the same name starring Presley. Recording sessions took place at Radio Recorders in Hollywood on January 22 and 23, 1963; and at RCA Studio B in Nashville, Tennessee, on May 26 and 27, 1963. It peaked at number three on the Billboard Top Pop Albums chart.  The album, along with the accompanying film, would be Presley's last release before the arrival of Beatlemania.

The third of his tropical "travelogue films" for Paramount Pictures after Blue Hawaii and Girls! Girls! Girls! finds Elvis frolicing in Mexico. The standard stable of songwriters for Presley delivered songs to match, with titles like "Marguerita," "El Toro," "You Can't Say No In Acapulco," and "The Bullfighter Was A Lady." Included as well was the 1937 standard "Guadalajara" by Pepe Guizar. With the change from the normal routine, and with the addition of trumpet players Rudolph Loera and Anthony Terran, Presley engaged the material with greater enthusiasm than on recent soundtrack outings. Four of these songs would be included on the 1995 compilation Command Performances: The Essential 60s Masters II: the title track, "Mexico," "Marguerita," and the song released as the lead single, "Bossa Nova Baby".
"Bossa Nova Baby" arrived in stores one month prior to the soundtrack, coupled with the track "Witchcraft" by rhythm and blues songwriter and arranger Dave Bartholomew and a hit for The Spiders in 1956. The fact that the bossa nova craze of the 1960s was a Brazilian phenomenon rather than a Mexican one mattered little, as the single peaked at number 8 on the Billboard Hot 100 as well as reaching as high as the 20th spot on the R&B singles chart.
Compensating for the short ten-track It Happened at the World's Fair album, Presley's manager, Colonel Tom Parker, insisted on making Fun in Acapulco a good value. Two additional tracks, "Love Me Tonight" and "Slowly But Surely" were pulled from the aborted album sessions of May 1963, and added here to bring the running order up to thirteen tracks.
In 2003 Fun in Acapulco was reissued on the Follow That Dream label in an edition that contained the original album along with numerous alternate takes 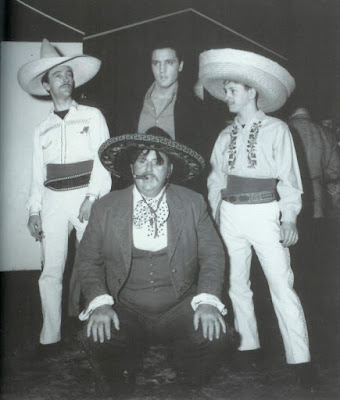 Email ThisBlogThis!Share to TwitterShare to FacebookShare to Pinterest
Labels: 2017, Album Of The Week, October

"You Gave Me A Mountain"

Click Here If Player Does Not Work
1 hour 13 minutes 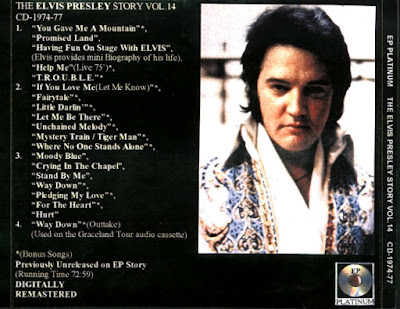 Welcome to our newest country, Peru.

click here if player does not work
2 hours 4 minutes

Do you listen live? Do you listen on catch up?
Whichever way you listen, you can request a song,
or make a dedication anytime.
Just email us in the studio at: The Elvis Radio Show 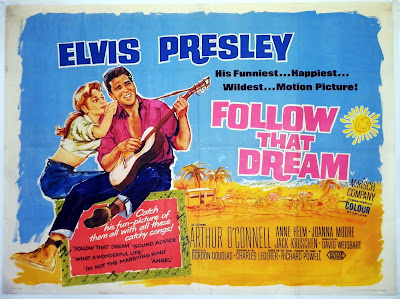 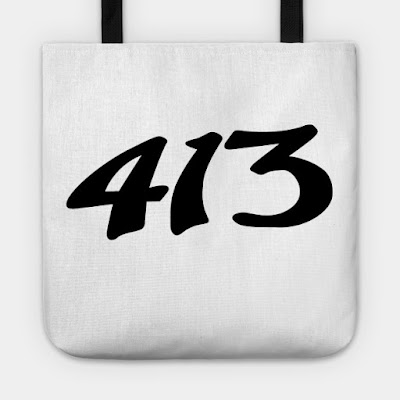 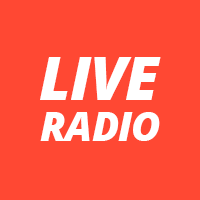